The adrenaline rush of deer hunting in Kansas

My hunting partner and I had split up. I was stationed at the end of a long, snaking draw grown up with tall grass and small locust trees, he at the other. We considered ourselves bowhunters, but we were young, inexperienced and posed little danger to the deer. In fact, I had never been within bow range of a deer, which for me at that time was about 15 yards. Back in those days, the deer population in southcentral Kansas was low, and just seeing a deer at any distance made the hunt a success. I was smugly confident, though, as I crouched in the brush and waited. I could hit a pie plate-sized target with most of my arrows at 15 yards, and my buddy had seen a buck walking this draw several mornings in a row. Piece of cake, right? What I didn’t know was how my body would react when that first deer approached as I waited with my bow. 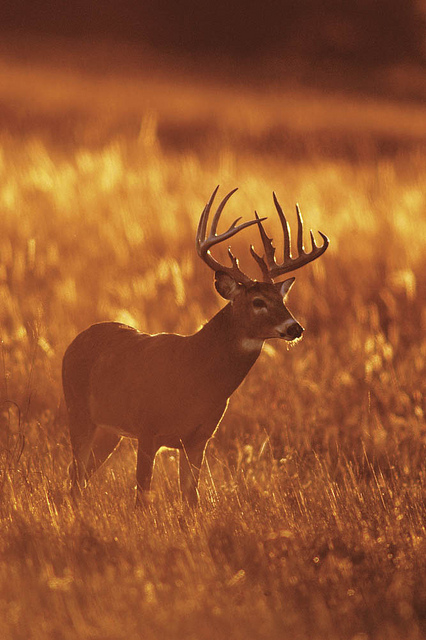 As I scanned the trail in front of me, I heard leaves rustle behind me. I held my breath, straining to hear the sounds more clearly. Then I definitely heard footfalls in the leaves – crunch, crunch, crunch – rhythmic and purposeful. I slowly turned my head to look over my shoulder toward the sound, and a jolt went through my body – a white-tailed buck was walking right at me! He was still out of range, but he wouldn’t be for long. My heart raced, my palms began to sweat and I realized I could feel my heart beat thumping in my neck. I was still holding my breath – I had forgotten to breathe. When the deer turned and walked away, out of range, I was almost relieved. I wasn’t sure I could have drawn my bow in my state of excitement. What an experience!

It would be several years before I would take a deer with my bow. My friend and I had youthful exuberance, and we learned by trail and error. We made lots of errors. I eventually learned to control my reaction when deer approached, but I still get excited when a deer comes near my stand. However, deer numbers are so much higher today, it happens much more often than it did 30 years ago.

That adrenaline rush is what brings legions of deer hunters back to the fields each year, making the white-tailed deer the most popular game animal in the nation. Biologists estimate that there are actually more white-tailed deer across the U.S. today than there were before European settlement. Deer hunting is a time-honored tradition in most Midwestern states but in Kansas, our deer hunting tradition is relatively young. The first modern deer season was in 1965.

Only a few thousand lucky Kansans got permits that first season, and they were restricted to hunting in just a few regions of the state. Today, Kansas deer numbers have grown and expanded to allow hunting statewide, but what sets Kansas apart from other Midwestern states is the number of trophy-class white-tailed bucks taken each year. Kansas has become a popular deer hunting destination state. More than 20,000 hunters from across the U.S. will join the 100,000 Kansas residents who hunt deer each fall. Deer hunters spend lots of money, and they provide an important economic boost to many rural communities. Hunters will take more than 80,000 deer during seasons that began in September and continue through mid-January, depending upon the equipment used and region of the state.

All deer hunters must have a deer hunting permit and a hunting license. Residents may buy permits over the counter, but nonresidents must apply for a limited number of permits through a lottery system.Kansas deer have come a long way since that first hunting season in 1965, and the species is a modern wildlife management success story since deer were completely extirpated from the state by 1900. It is an amazing rags-to-riches story, going from zero to one of the nation’s top trophy white-tailed deer hunting destinations.

Mike Miller grew up in Greensburg, hunting and fishing in the fields, grasslands and farm ponds of Kiowa County. He’s worked for the Kansas Department of Wildlife and Parks in Pratt for 28 years, and currently heads the Information Production Section, editing and producing Kansas Wildlife & Parks magazine, as well as a variety of other publications. He spends his spare time hunting birds and fishing for whatever is biting.