10 Reasons to Attend the William Inge Theatre Festival in Independence 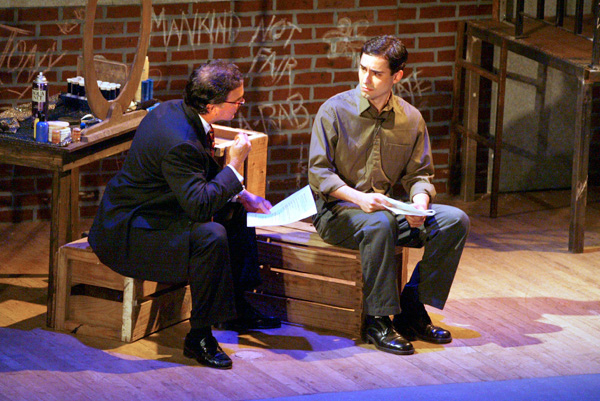 An internationally renowned theatre festival occurs yearly right here in Kansas in honor of our state’s very own Pulitzer Prize and Academy Award winning playwright, William Inge. Inge’s work included Picnic, Bus Stop, The Dark at the Top of the Stairs, and Splendor in the Grass. The William Inge Theatre Festival in his hometown of Independence is a four-day celebration of some of the most prestigious playwrights and theatre artists in this country and the world and is well worth the minimal fees charged for the events. Here are 10 reasons to attend some or all of the 31st Festival’s activities tomorrow through Saturday (April 18-21) at the William Inge Center for the Arts on the campus of Independence Community College:David Henry Hwang, a dynamic and versatile playwright who has won a Tony Award, is being paid tribute during a multi-media event with live performances, video, and guest performers from across the nation. Hwang is the festival’s Distinguished Achievement in American Theatre Award winner, joining such past winners as Neil Simon and Arthur Miller.

Cecilia Harris is a professional freelance writer from Abilene who enjoys discovering fascinating attractions, events, and people that reflect the arts, culture and heritage found in Kansas. She has been a longtime regular contributor to KANSAS! magazine and also has written for such publications as Midwest Living, Sunflower Living, Kansas Heritage, and The Greyhound Review to inspire others to explore and appreciate her home state. She also has authored two books, “Historic Homes of Abilene” and “Abilene’s Carousel.”